Showing posts from February, 2012
Show all

Blame it on the lack of rain

There are many hot-button local issues as we head into this election season, for example, the Coyotes, the proposed casino, and like, taxes and stuff. Many prospective candidates are like, “I promise this,” and “So and so, whatever” … I don’t know—I haven’t really been paying attention. But my ears will perk up when I finally hear someone address the real issue at hand, the elephant in this room we call Arizona: Who will promise to end this drought?

I’m not sure if anyone has noticed this, but it has not rained in, I think, three years. In fact, the state of Arizona, U. S. of A., has been in a general state of droughtitude (new word) since 1999. Nineteen-ninety-nine! It hasn’t been adequately hydrated here since Sugar Ray was acceptable. (Pop culture joke; Boom, roasted, Sugar Ray. Somebody had to do it)

Not that it would have made a difference because my family loves it here, but this …
Post a Comment
Read more 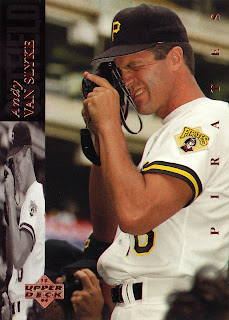 Speaking of baseball, something tells me that baseball player Andy Van Slyke has interests other than playing baseball. Taking pictures, perhaps? It doesn’t say so anywhere on this card, but I am going to go out on a limb and say that, yes, one of Andy Van Slyke’s favorite hobbies is taking pictures. Here is another question though, having to do with ba…
Post a Comment
Read more

The pillowcase(s) of yellow dreams

There are certain items my wife will always purchase regardless of how many of that item we own and our lack of necessity for that item. For example, food storage containers. The technology of air-tightness gets more dramatic by the day, and if a new food storage container item is introduced that promises to retain even more freshness than its predecessor, my wife will purchase 20 of them, which is fine. The only problem is that she refuses to get rid of the outdated containers, arguing, “You never know when we’re going to need them,” like, as a feasible example, on the off chance we mistakenly cook for 85 people one night instead of three.

But one item that I simply cannot fault her for consistently purchasing is bed sheets. Whenever (every weekend) I find myself in a department store, and have separated from my wife so that I can wander around aimlessly in search of clothes I will …
4 comments
Read more 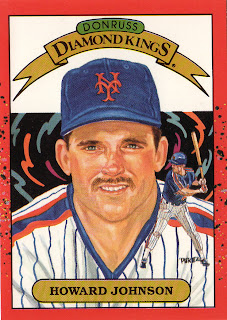 I’ve been on a Diamond Kings kick lately, and well, I will not apologize. I mean, LOOK AT THOSE SQUIGGLIES!

That is art. There are so many dots and squigglies and stripes of contrasting colors it’s making me dizzy. Dizzy with AWESOMENESS. This card look like a boardwalk caricaturist collaborated with the 3rd place finisher of a firefighters-sponsored youth art contest.

But in this homage to art, let us not forget about words.

Had it not been for Kevin Mitchell and Will Clark, Howard Johnson would have had an easy path to the Most Valuable Player Award.

Also, what the hell is this card talking about? In 1989, Johnson finished fifth in the NL MVP vote. A more accu…
Post a Comment
Read more 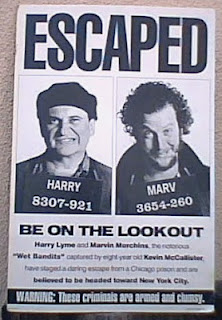 Note: This column appears in the 2/16 issue of The Glendale Star and the 2/17 issue of the Peoria Times.

I have good news and bad news. First the bad news: crime continues to exist.

Our office is here in downtown Glendale, which, contrary to the quaintness and public safety implied by its surplus of antique stores, boasts some sketchy areas and people. You may recall that not long ago, someone who was on the run from police came into our office to stash a crack pipe underneath a stack of newspapers and then asked to use the bathroom. (We did not allow her to use the bathroom.) I also frequently see various ragged-looking locals picking up used cigarette butts to smoke and also emerging from dumpsters, neither of which is a crime, but still. This sometimes provides an odd sense of perspective when I am having a bad day at work. Yeah, the copier isn't working, but at least I do not live in a dumpster.

All of this could be viewed as rather quirky, I suppose, but things have recently tak…
4 comments
Read more

Relatively outdated hip-hop line that I recently heard again and suddenly realized is dumb ... of the week 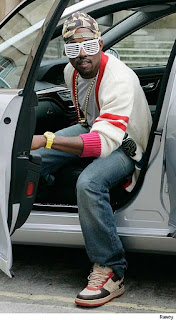 Song: Everything I Am

In this song, Mr. West attempts to define himself by establishing what he is not. Thesis: the things that he is not = everything he is. This seems rather all-encompassing, as listing the things you are as means of defining who you are would seem much simpler than acknowledging everything you are not (table, coconut, Asian person, wind, pencil, and so on and so forth) in order to reach that same conclusion. However, as in many rap songs, the “theme” is only approached intermittently, and the song quickly devolves into some faux self-deprecation and the declaration, “I got a lot of cheese.”

But one line in this song has been stuck in my head since I heard it again the other day, and I would like to explore it here further:

I never rock a mink coat in the winter time like Killa Cam
Or rock some mink boots in the summertime like Will.i.am

What is intriguing here is that Mr. West seems to be implying there are two established sides of the hip-hop coin: th…
Post a Comment
Read more

Already having mastered soccer by age 2—and by “mastered” I mean “proven her lack of interest in”—our daughter recently began dance class.

I am, so far, the only dad who attends these weekly Saturday morning classes. (At her first class, while our family was still in town, we showed up with a party of six adults, and everyone was forced to leave the room after five minutes because our daughter, who has the attention the span of a spinning top, was too distracted.) I promised myself I was there only to observe, but last weekend I was pirouetting and bear crawling on the floor.

The reason I was doing this was to coerce our daughter to actually participate in the class. One of the most confounding aspects of parenthood has been, for me, the transition from the unabashed joy of home life expression to the reluctance of organized participation in those very same endeavors. Our daughter lov…
2 comments
Read more 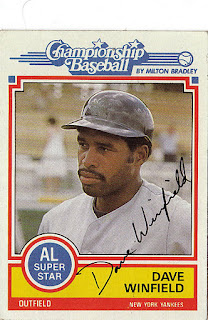 Hello! Is everybody here interested in playing some Championship Baseball by Milton Bradley—not the wacky modern baseball player named Milton Bradley, but the game company; I realize this is confusing—? Yeah? ALRIGHT! How about you, AL Super Star Dave Winfield?

Ha, ha! Don’t be such a grouch, Dave! Look on the bright side—you have a shiny new ear flap-less protective helmet, and you play for … what team do you play for?

The Yankees! Cool. And hey, I’m sure more people will show up to your baseball game eventually. So, do you want to play or what?

Fine, whatever. Everybody else, let’s play some Championship Baseball!

Okay, it looks we’re going to need some dice. Or is it “die?" I forget which one is plural, but die is stupid, so let’s stick with dice. Who has dice? Anyone? Nobody? Okay, I will go to the store.

(Two hours later; most people have left party …) Sorry that took me so long! Shop Rite didn’t have dice, so I had to go to Spenc…
2 comments
Read more
More posts